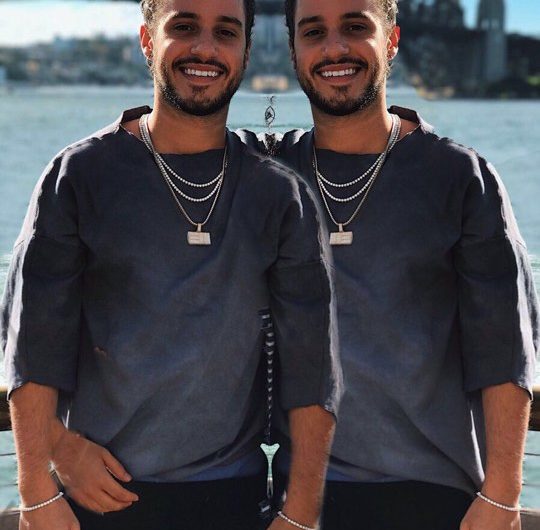 Russ has been notorious through the years for using pretty masturbatory language when speaking of himself, however recently in a exclusive interview with NotYaManz he was quoted as saying “I’ve been having to explain how to suck my dick Properly for so I long I got my two lower ribs removed so I could just do it myself” He continued saying “I even got a mold made of my butthole and got a custom flesh light made, it’s wrapped in platinum like my totally self produced album” when asked why the sudden interest in having sex exclusively with himself he said “I mean why give someone else that energy when I can refocus it into myself ya know? I mean really who’s going to fuck Russ like Russ can fuck Russ?”

We always knew Russ was into himself but we were shocked by just how much he wanted to discuss getting INTO himself in a literal sense. He continued expounding on self love in the video saying things like “obviously I’m excited about cloning technology” and when asked if he’d considered having a Real Doll (sex robot) made of himself he answered “I’ve thought about it, but I don’t think they are able to really capture my image and energy enough to satisfy me yet” we really just wanted to ask him about what it’s like being a underrated independent artist but he avoided those questions and instead he told us this “I’ve been working with some people familiar with deep fake technology and some graphic designers and animators as well as various special effects artist to see if I can create realistic porn that is just me with me, I really wanna full embrace this only sex with myself thing and I think porn starring me only will really cap that off for me” wow who knew how particular Russ could really be, who knows how far he will take this in the end and frankly I’m not sure we even wanna know.

Edit: The video recording of this interview was lost in a terrible bong accident

DRILLMATIC Heart vs. Mind – The Game